forget-her-not was a gallery installation made in collaboration with olivia gelard about paying homage to the forgotten women throughout history, as well as our own matrilineal lines. the show was inspired by the essay "grandmother spider" by rebecca solnit, an amazing writer 10/10 must read (you can read it in the zine linked a the bottom). quotes from her essay appear along the walls of the gallery.

we chose to embrace traditionally feminine art-forms to reclaim the artistic merit of 'craft.' this included using media like tissue paper, glitter, rhinestones, and yarn. for example, i made a bunch of mini-posters pulling from riot grrl zine aesthetics. they're angry, they're shitty, they're exactly what they're supposed to be.

so obviously, we were going to make some spiders. made of wire and inspired by sculptor louise bourgeois, our spiders hung above the viewer on large pink yarn webs. both olivia and i made a series of charcoal portraits, mine about the history of forgotten women, and hers an homage to three generations of women in her family.

we also made 4 single page zines to take away from the show. you can download printable versions of the two i made here: the essay 'grandmother spider', glittery zine about feminine angst 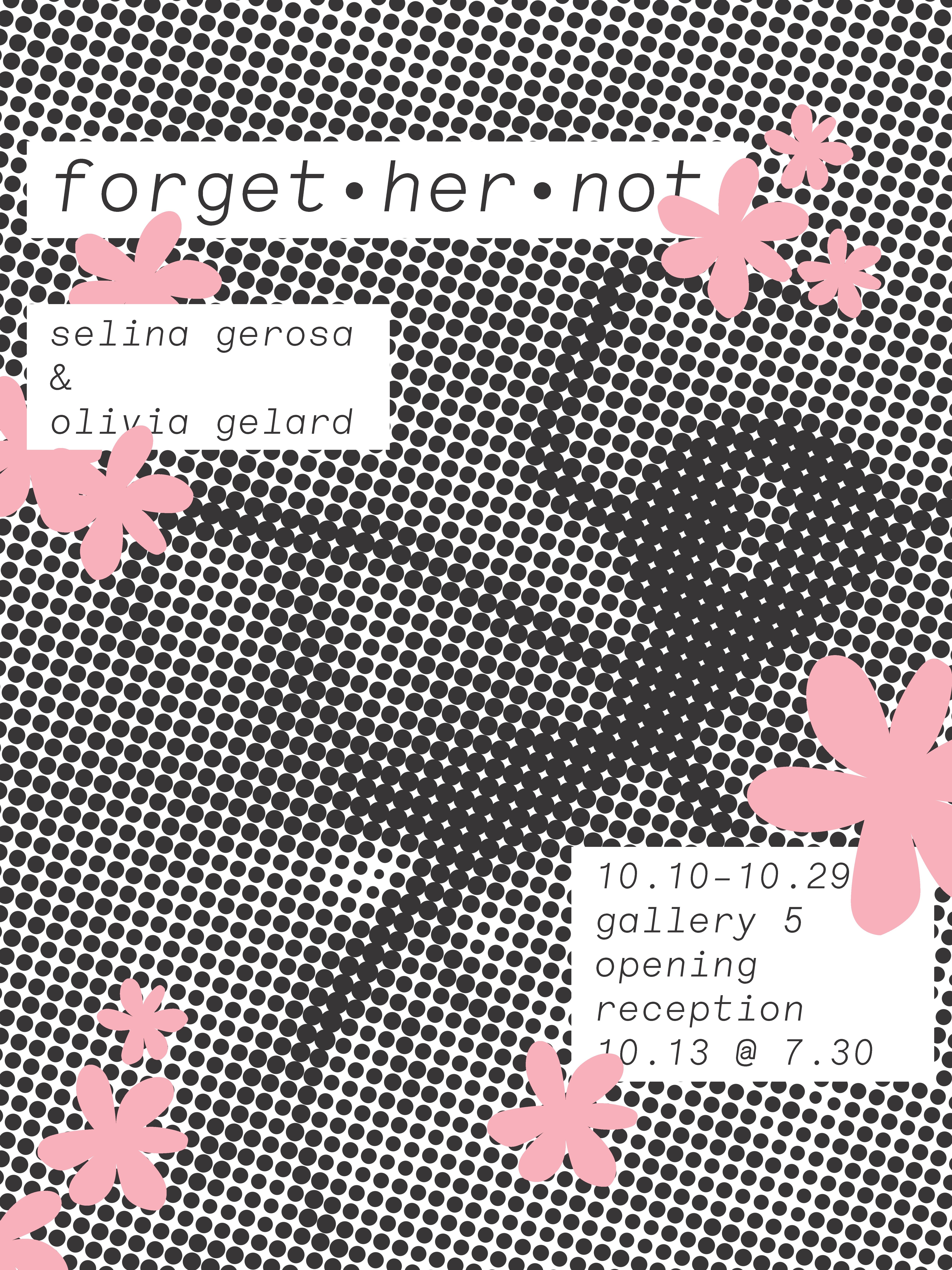 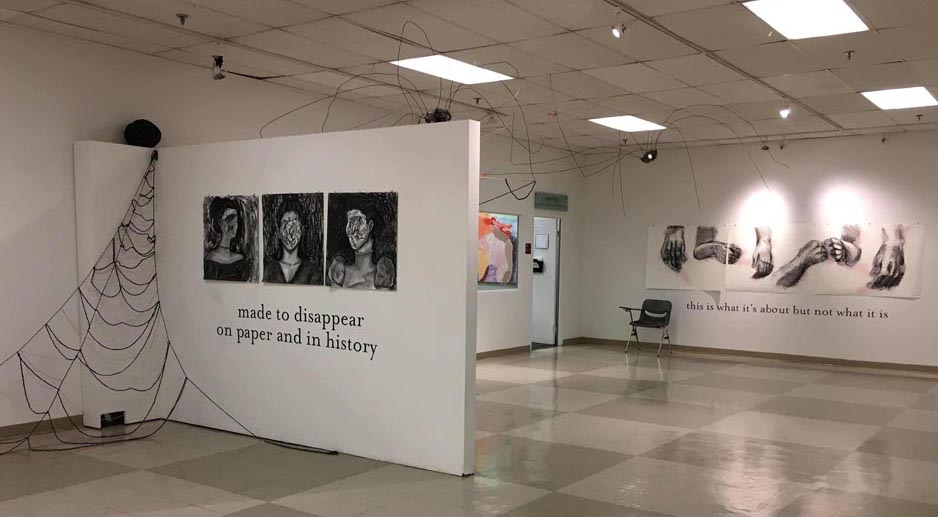 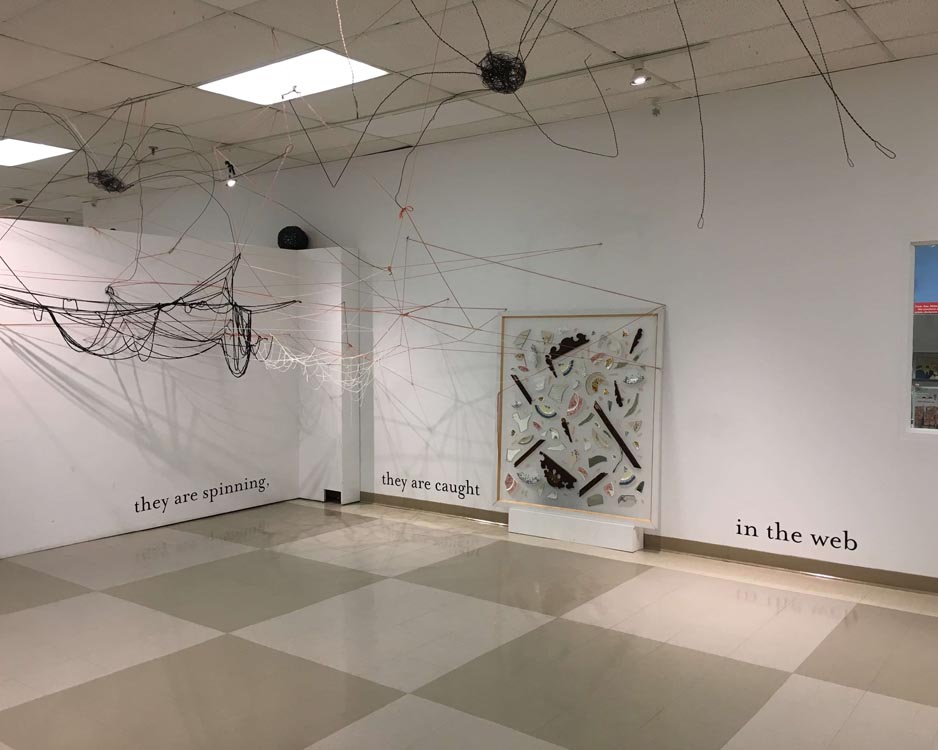 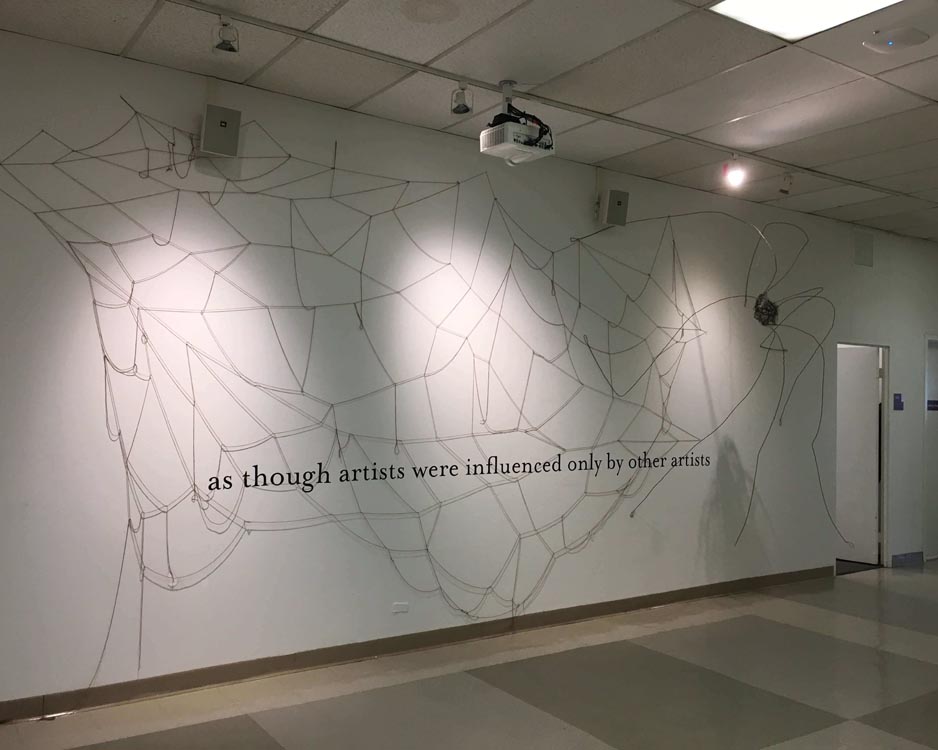 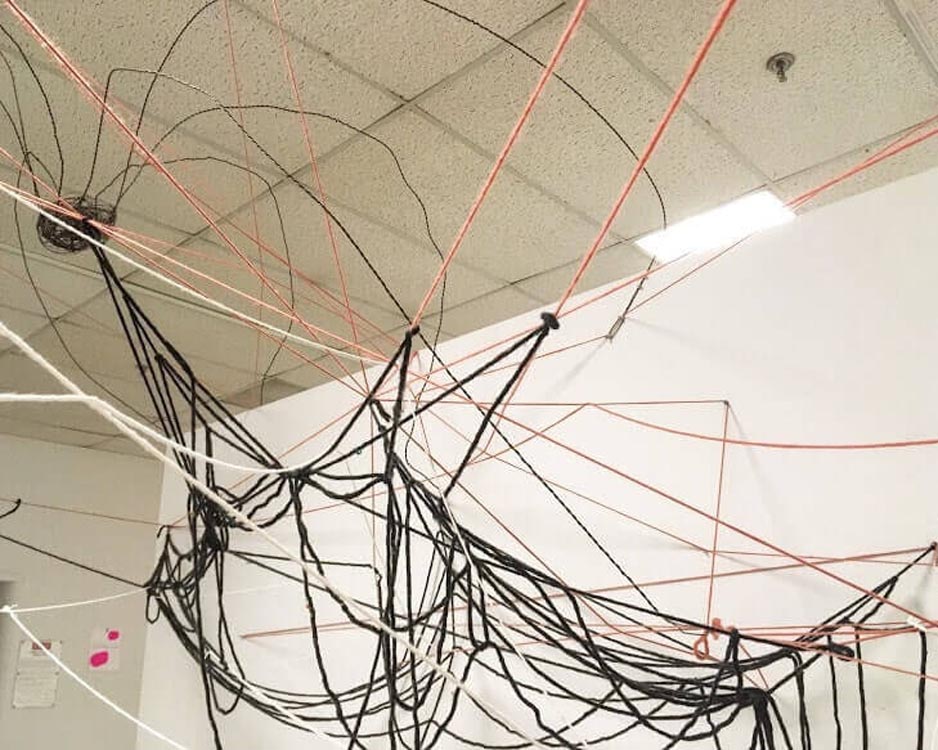 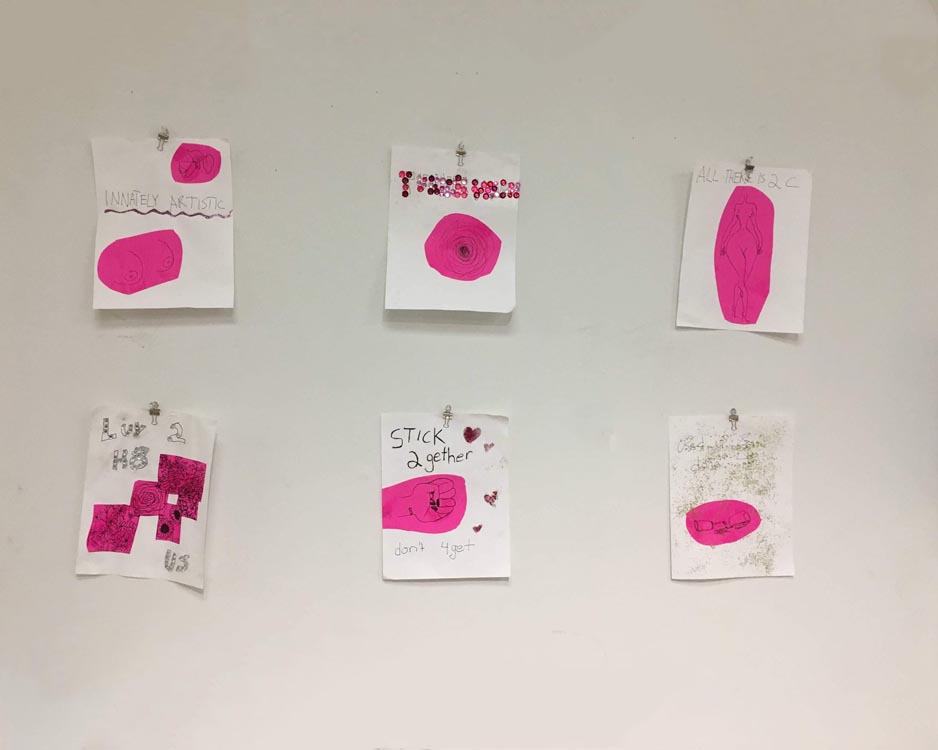